Schedule a Demo
Return to blog
Content
How Remote Proctoring Works: The Basics
The Next Generation of Remote Proctoring
Protecting in the Best Interests of Students and Educators
Share this Article
SUBSCRIBE
Quality content. In your inbox. Every week.
Thank you! Your submission has been received!
Oops! Something went wrong while submitting the form.

As colleges and universities rely increasingly on remote exams, serious concerns about the systems used to proctor these tests have emerged. These encompass both practical and ethical challenges, including poor facial recognition capabilities, biometric privacy and data use issues, and bias against certain student populations.

Now, students around the world are petitioning schools to reconsider the use of remote proctoring systems due to their potential detrimental effects. But these risks aren’t inherent to all systems. By learning how remote proctoring works and understanding your options, educators can find solutions that respect student privacy and dignity while maintaining exam integrity. This primer explains the features and techniques offered by next-generation remote proctoring systems to secure online test environments transparently and unobtrusively.

Human proctors have been a part of academic test-taking for as long as there have been tests. As testing moved online, however, artificial intelligence (AI) introduced new possibilities, including fully automated AI-based solutions and AI-assisted human-in-the-loop (HITL) systems that rely on webcam and microphone monitoring along with a variety of other security and privacy-protecting measures.

The Next Generation of Remote Proctoring

The accuracy of remote proctoring is a central concern for students, educators, and institutions. Because HITL systems are designed to improve accuracy, they are rapidly gaining popularity. However, as recent developments have shown, accuracy is not the only—or even primary—concern.

Current systems, whether fully automated or HITL, are typically browser-based and give proctoring companies complete control over everything on the student’s computer, including stored passwords and other sensitive information. This introduces significant security and privacy risks. Additionally, many online proctoring companies are not forthcoming about what data is collected or how it is used, profoundly eroding student trust. Preserving academic integrity and protecting student dignity, therefore, requires next-generation solutions that provide ethical, comfortable testing experiences, like Rosalyn.

Rosalyn is a purpose-built HITL invigilation system designed to respect student privacy and dignity. Because it is an application rather than browser-based, it doesn’t take full control of students’ computers and cannot access personal information unrelated to the exam process. Additionally, there is no feature that allows a particular person proctoring to monitor a particular test-taker. Events are queued automatically. Spreading the review decisions on individual events rather than sessions minimizes the impact of conscious or unconscious human bias. There is also full transparency in data collection and data use. With a suite of thoughtfully designed features, this state-of-the-art system ensures fairness and supports positive student experiences.

The most common test violations relate to students accessing outside sources and unreliable verification of the test-taker’s identity. Rosalyn addresses both situations by locking down the student’s system and confirming their identity.

When students know the rules of the testing process, the consequences of violations, and the methods used to ensure the integrity of the results, they understand that the school takes test security seriously.

Rosalyn analyzes many data streams from the test session, including webcam video and audio, to detect potential test violations.

The real-time nature of Rosalyn ensures that potential violations are addressed promptly and only when such actions are necessary.

A key feature of Rosalyn is its ability to learn as it monitors so they can identify novel attempts to gain an unfair advantage.

The more information schools have about the effectiveness of their testing processes, the better they are at conducting tests fairly and equitably.

Protecting in the Best Interests of Students and Educators

Fairness should lie at the heart of any examination. Similarly, the integrity of exams depends on providing students with an even playing field in which they can demonstrate their knowledge. Students can give their best efforts only if they are assured that factors beyond their control won’t inappropriately skew results. They also need to be confident that the proctoring process is ethical and that the test-taking process itself won’t endanger their privacy.

Understanding how remote proctoring works with a next-generation system like Rosalyn is the first step toward establishing trust, obtaining reliable test results, and creating comfortable, equitable experiences for students. 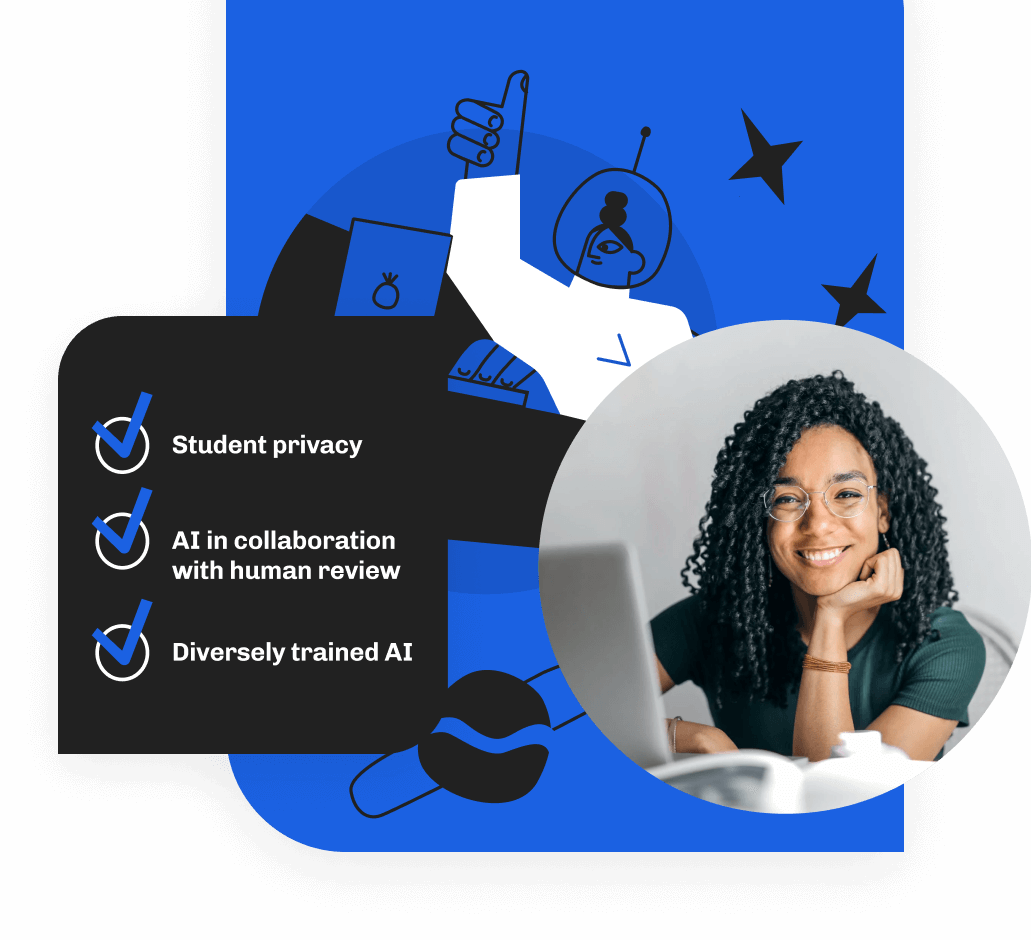